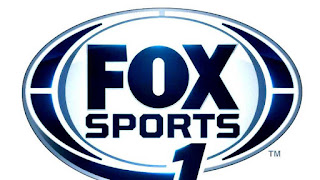 Fox Sports 1 (FS1) is an American sports-oriented cable and satellite television channel that is owned by the Fox Sports Media Group, a unit of the Fox Entertainment Group division of 21st Century Fox. FS1 replaced the motorsports network Speed on August 17, 2013, at the same time that its companion channel Fox Sports 2 replaced Fuel TV. Both FS1 and FS2 absorbed most of the sports programming from its predecessors, as well as content from Fox Soccer, which was replaced by the entertainment-based channel FXX on September 2, 2013.

The network is based primarily from the Fox Sports division's headquarters in the Westwood section of Los Angeles, California, though the network also has significant broadcast operations in New York City, New York and Charlotte, North Carolina (the latter of which had served as Speed's home base). As of January 2016, Fox Sports 1 is available to approximately 84,486,000 pay television households (72.583% of households with at least one television set) in the United States.

In March 2012, reports began circulating that Fox Entertainment Group had plans to launch a national Fox Sports cable network by August 2013 known as Fox Sports 1, giving the sports division a dedicated cable presence to better compete against established networks like ESPN. Fox was already a major force in cable sports programming, having operated several niche channels such as Fox Soccer, Fox Deportes, Fuel TV and Fox College Sports. Also in its portfolio were the Fox Sports Networks, a group of regional sports networks both owned by Fox outright or by other companies through affiliation agreements with FSN; in addition to carrying play-by-play rights to several local sports teams, these regional networks also featured common national content produced and distributed by Fox Sports, including national college sports broadcasts and specialty programs such as The Best Damn Sports Show Period and Baseball's Golden Age.

Though this local/national hybrid approach gave Fox prominence at the local sports level, it was somewhat disadvantaged as its flagship over-the-air network had the distinction of being the only major U.S. broadcast television network not to have a national general sports channel to complement its sports division, unlike ABC (whose corporate parent The Walt Disney Company owns a controlling 80% stake in ESPN), CBS (which operates CBS Sports Network) and NBC (which runs NBCSN).

The reports indicated that Fox planned on converting one of these niche sports channels, Speed - which focused on auto racing and other motorsports, as well as motorsports-related specialty programs, into the new Fox Sports 1 due to its established reach on U.S. pay television providers (Speed maintained a subscriber base of 81 million homes with cable, IPTV or satellite service by 2012), which would result in the reduction of the channel's commitment to NASCAR and other motorsports coverage.

Further supporting this theory, reports surfaced in January 2013 that Fox Soccer would be relaunched as FXX, a general entertainment network that would be spun off from FX and would feature comedy series and feature films; such reports were confirmed when the channel's planned launch was officially announced by Fox Entertainment Group on March 28, 2013. In October 2012, Speed altered its on-air logo bug to include the Fox Sports logo above its own, which was believed to indicate a step towards this replacement. Fox Sports would officially confirm the conversion of Speed into Fox Sports 1 in an announcement on March 5, 2013.

Despite being established well after ESPN (which launched in 1979), and the NBC- and CBS-owned sports networks (which respectively launched in 1996 and 2003 under different ownership and branding), Fox Sports 1, even before commencing programming, has been seen as a legitimate and serious competitor to ESPN, in part due to three factors:

Fox Sports executives see Fox Sports 1 as "an alternative to the establishment", much as the Fox Broadcasting Company was to other broadcast networks in the 1980s and Fox News Channel was to CNN in the 1990s. In terms of growth, Fox Entertainment Group acknowledged that Fox Sports 1 would start modestly and not be competitively equal with ESPN right out of the gate; however, the company foresees the network growing incrementally, believing that the channel will be on-par with its senior competitor within a few years of its launch.

The launch day featured 16½ hours of live sports coverage, including NASCAR coverage during the late morning and afternoon (highlighted by a Camping World Truck Series qualifying round and race), five hours of UFC bouts in the evening (the main event of the Fight Night card being a match between Maurício Rua and Chael Sonnen), and the premiere of the sports news and discussion show Fox Sports Live following the conclusion of the UFC event.

Although marketed as a relaunch of Speed, Fox Sports 1 was contractually considered to be a new channel; due to its change in scope from automotive and motorsports to mainstream sports, Fox was required to reach new deals with providers for them to carry the network. At first, Fox sought a higher carriage fee as well, estimated at 80¢ per subscriber (more than triple the subscriber fee of 23¢ that Speed had commanded; by comparison, ESPN pulls in fees of approximately $5.00 per subscriber, the most expensive fee of any pay television network). Concerns by providers over the increasing costs for cable and satellite services for their customers (largely believed to be partly due to the higher fees commanded by certain sports channels) resulted in Fox backing off charging the 80¢ per subscriber rate, instead charging the same 23¢ rate that those providers paid to carry Speed. For any remaining providers that had not reached a deal to carry Fox Sports 1, Fox planned to offer a version of Speed with limited programming on an interim basis until a deal was reached, in order to fulfill existing contracts that required Fox to provide a motorsports channel.

Carriage deals were made by the launch date with all major cable and satellite providers, including cable/telco providers Comcast, Charter Communications, Cox Communications, Verizon FiOS, AT&T U-verse, Cablevision, Bright House Networks, Mediacom, Suddenlink Communications, Cable One and Time Warner Cable, as well as satellite providers DirecTV and Dish Network. The deals with Time Warner, Dish and DirecTV - which were announced just days before FS1's launch - were seen as crucial to the network, as those three providers had a combined reach of over 40 million households, nearly half the goal of 90 million homes that FS1 set for its launch.

International markets that previously received the U.S. version of Speed (such as Canada, the Caribbean, and the U.S. territory of Puerto Rico) did not gain access to Fox Sports 1 upon its relaunch; in Canada, the Canadian Radio-television and Telecommunications Commission permitted the carriage of Speed as a foreign service, but Fox did not seek carriage of FS1 in that country (some of the sports event programming that Fox Sports 1 holds the broadcast rights to carry already air in that country on domestic sports networks such as TSN and Sportsnet). A version of Speed remains operational for these markets (now known as Fox Sports Racing), airing a lineup of past Speed reality shows, and coverage of NASCAR and other motorsports events simulcast with Fox Sports 1 or Fox Sports 2. In early 2014, some major Canadian service providers began to drop the channel upon the expiration of their contractual rights to carry Speed.

In 2015, Fox Sports 1 expanded its sports portfolio further with Fox Sports Media Group's acquisition of rights to the Monster Energy NASCAR Cup Series, United States Golf Association championship events and Major League Soccer. In July of that year, the channel began using a new wordmark logo on a redesigned ticker; then in September 2015, the network phased out verbal references to "Fox Sports 1" on-air and online and through its social media platforms, and implemented the new logo for other facets of the channel's branding. As a result, Fox Sports 1 is now referred to on-air and in marketing efforts as "FS1". A representative for Fox Sports stated that this was not a re-branding, but was meant to align the logo of Fox Sports 1 with its commonly-used abbreviation, and to streamline the channel's marketing among other Fox Sports channels; however, the original FS1 logo will remain in use as an alternate logo.

On July 14, 2015, Fox Sports reached a long-term agreement with the National Hot Rod Association (NHRA) to broadcast its drag racing events beginning in 2016. Fox's package includes coverage of Friday and Saturday qualifying, and Sunday elimination races for NHRA Mello Yello Drag Racing Series events (with a minimum of 16 elimination races presented live, and the remainder shown either on weekend afternoons or in primetime; four of the live elimination races will be aired by the main Fox network, with the rest, as well as encores, on FS1 and FS2), and coverage of select NHRA Lucas Oil Drag Racing Sportsman Series events on FS1. The contract succeeded one with ESPN.

On March 21, 2018, Fox Sports announced that it had acquired the television rights for the PBA Tour of bowling beginning in 2019 (once again replacing ESPN), with 25 events per-season on FS1, and 4 on Fox.

FS1 airs various studio shows, especially in the afternoon and early evening. In May 2015, Fox Sports hired Jamie Horowitz, formerly of ESPN, to oversee the channel as Fox Sports' President of National Networks. Following his arrival, FS1 began to pivot its studio programming towards opinion-oriented shows similar to those he oversaw on ESPN, and also hired away several notable personalities from ESPN, such as Skip Bayless and Colin Cowherd. Horowitz likened this strategy, which has been referred to as "embrace debate", to that of sister property Fox News Channel; he argued that fewer viewers were watching conventional sports news programs such as SportsCenter due to the ubiquity of online news and highlights, but that there were "record highs" for opinion programs.

While its live events (such as NASCAR races) are beaten in the ratings by ESPN, the program Undisputed is behind only 613 thousand viewers to Pardon the Interruption. Live events have still provided FS1 with high ratings.

In February 2015, Fox Sports 1 became part of a carriage dispute with AT&T U-verse, as Fox Sports Media Group pursued higher carriage fees for the network to cover the cost of sports broadcast rights that had been acquired by the group to fill FS1's schedule since its launch. AT&T declined to accept these additional fees, with a representative for the provider stating that "while it's important to us that we provide our customers with the content they want, we don't believe that it is reasonable to pass on the added costs of carrying this programming to our customer." Rather than pull the channel outright, Fox instead began blacking out certain sporting events carried by FS1 on U-verse, including certain NASCAR, Major League Soccer and college basketball events.

Source of the article : Wikipedia